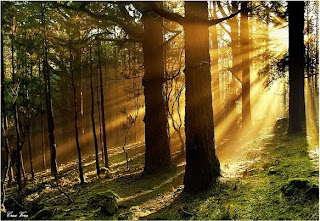 He is  kind of a troubadour, he wanders place to place never quite knowing where the next day will led him. He is a people watcher, a life observer you might say.

Today we were talking about why people do the things they do.
He insisted that there was ultimately a self serving reason why all people did everything.
I countered by asking him if it were possible to do something simply for the sake of love.

He chose to tell me this cute little story that appears to win his argument.

" There once was a judge who had a pig, the judge loved his pig and took it everywhere with him. Each morning all the people of the town would go over to the judge and greet him good morning because he was a very important man. One day the judge's pig died and there was a funeral for the pig. That day everyone in town attended. Not more than a week later the judge himself died but there were none to bid him farewell.

I said none? There was not one person at his funneral?
He said maybe his father or mother, or a few from his immediate family.

I asked why so few came?
He said because all they wanted was what they could get from him.

Was he a good man? "
No, not really was the answer"

Perhaps, ....
... or perhaps they simply came because despite all his faults they chose to love him anyway.

Today a Spanish man had a seizure
I called the medics.
A hundred pair of eyes watched as the man convulsed.
There was nothing to do but watch.

Some of his companions tried to open his closed spastic fingers
while another held him down.
9 medics showed up
and carried him away.

I talked to his friends with my very poor broken Spanish
and with a little help from my friends.
I asked them if they understood what happened to him.
It's the alcohol, they said, he gets this when he drinks too much.

So I asked them this question,
If he stopped drinking would the seizures stop?
"Si" was the answer I received.

...It seems we all have sins in our closets,
some can hide them better than others.
The alcoholic and gluttons sins are obvious to all,
but then there are those sins that hide
deep within the recesses of our soul,
pride, injustice, deceit, dishonesty, lust

So I ask another question,
perhaps rhetorical
Do even the best hidden sins surface sooner or later?
and doesn't sin not only effect others but more importantly the one who sins even more?
" Si "