I am embarrassed by how I look, by how I smell cried Tim as he looked right at me with blood shot eyes. I need a place where I can rest, where I can get my respect back, my dignity, even just for a short time.
Tim would not go for food stamps or other government handouts, he felt that the governments handouts only enslaved the poor, made them dependent on a new slave master. He wanted what ever other man in the world wants, to work for his daily bread with honesty and dignity.
I lost my sister, she was the best friend I ever had! When will the pain leave me he asked?
They say that time heals but for me years only seem like moments ago.
He began telling me stories of his family growing up here on Long Island. How at the turn of the century they owned a large parcel of land. He spoke of a time in his life when he remembered life being noble and honorable. 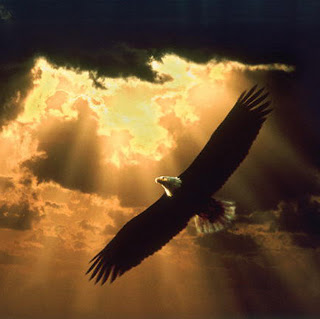 Now I must interject here by saying of all the people I speak to at the soup kitchen, Tim is in fact one of the most noble, humble, and grateful men I have met. He is a very tall intelligent and handsome man. I asked him, do you want me to help you go into rehab and get you  housing? No, I am not ready for that yet he said. I said Tim, how long has it been, how long are you on the street. The answer was all too familiar; years.
Many men I speak with, I try to encourage to give them confidence, but Tim was very different. Tim was an eagle trapped in a cage and unable to soar.  I wanted to tell him what every boy needs to hear to become a great man. I wanted to answer a question that haunts men more than
" who am I? "
or even
" Is there a God? ".
No, unless this one single question can truly be answered by the boy inside, the man  will remain trapped inside the prison that holds him captive. That one single question that all men want  answered is

A silent moment hung in the air around our table, my heart wanted to reach into this beautiful man and release the wings that have been dormant for oh so long!
There is nothing special about me that could ever touch that hidden woundedness and bring light into that darkness. Only light itself can do this. But are not we all called to become the light of the world.?
Did not the Master Himself tell us we could do all things?
There are moments in each life where we see the face of God,
for me Tim revealed one of these moments.
I looked straight into his weary tearful and bloodshot eyes and felt at that moment to say,

" Tim, I believe you were made for greatness, you have what it takes to be a great man, it already lies within you!"

Tim just looked at me in silence, I knew those were the words that he has been longing to hear most of his life. Was Tim magically transformed even though that was what he was longing for all of his life?
"I don't know"
I do know the following week he sought me out, he wanted to talk and " eat more"
The food we were giving him at the soup kitchen was more than just meat and potatoes.
He told me how grateful he was for all my kindness and invited me to dine with him. This was a man who just weeks before  would only eat alone.
We are not called to change peoples lives but we are called to tell them the truth. Only when people  come to know the truth about who they really are can transformation begin to happen.
I think of all the lies that I sometimes believe about myself, the cage I have built that locks me in, but more importantly locks others out. I think of all the living I have missed because I did not know the truth.  In each of us there is a small fragile little child that simply wants to be loved. That we are part of something so much bigger than ourselves
.
Cathedrals are magnificent but they do not hold a candle to the temple we each possess within us, we are church not made of bricks and mortar but of flesh and blood and the light that burns within each one of us still burns even if we don't believe it.
That is not religion, its truth.
Publicado por Dr Kevin Kulik en 2.6.13