I thought I was a celebrity! 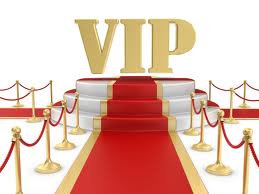 " How are you, you fantastic person?'

" You are how old? you look like an athlete in his prime!"

" You really are an amazing person"

" Hey Champion, its GREAT to see you"

" I bet that you could do anything"

These are only a sampling of the words I am showered with whenever I see Charlie's smiling face at the soup kitchen each Saturday!

Many of the stories I have written on this blog are sad and sobering stories,
I thought it was time for a change of pace.
This is a story about what each of us is capable of doing with each passing moment of our lives.

At first I didn't know what to respond with or how to react because if you are from the same planet as I come from, flattery is a red flag, and unconditional love and acceptance is about as rare as kryptonite.
My first thought was
" Is he for real?"

Like clockwork he would show up each week serving faith missions finest coffee.
"Want a cup?" He would ask a homeless man
Only $20 for you, milk and sugar are extra!
Thats how he would break the ice with all the new people that came to the Kitchen.
Then he would let out one of his wonderful laughs as the man slowly broke a smile back at him, not quite sure if he was kidding

After that he would whip out his magic tricks to bring all the children to life.
"Do it again!' cried the kids as Charlie would would remind them that a true magician never repeats a trick but because they were such special kids he would make an exception just this one time, each time getting the same chuckles and giggles from his young audience and even from a couple of the adults passing by.
The kids smiling eyes were like rays of sunshine as they pierced through the toxic mist of their broken lives.

Charlie, reminded you of who you really were, and who you belonged to.
He reminded you that life is not a spectator sport, it was meant to be lived and lived to the fullest.
He made you feel like you were the King's very own kid.
Then he would tell you a story about the hero in the latest novel he was reading.
He would get real close to you, look you right square in the eyes and tell you that you remind him of that character.

No matter what the need, if you asked Charlie it would be done as if it was the most important job in the world.
I know he will probably object to me writing this about him because he never assumes the limelight.
That is always reserved for the one he is speaking with.

At the end of the day he quietly sweeps the corners and edges of the dinning room
stopping to talk to each person that walks by
asking them how they are doing and if they would like one final cup of his famous coffee.

Why do I write about Charlie?
He is only just 1 single solitary ordinary man!
How could 1 ordinary person make a difference?
The truth is, He reminds me of something Mother Teresa once said .
" Make the ordinary, extraordinary!" 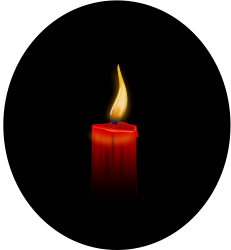 Charlie, never preached, he was simply Charlie
He brought light where there was darkness
He brought out the best in people

Anybody can serve coffee, tell a few jokes, or perform a few cheap magic tricks, but what is so mystical and magical about Charlie,  like Mother Teresa, he would become totally present to whoever he was speaking to, and make the ordinary disappear with a simple wave of his magic wand,

... and reveal the extraordinary!