To serve or be served 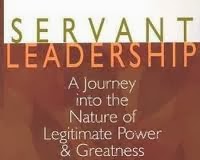 I am always amazed at how many people want to do good. When we look at the world at times it seems like it is literally falling apart, and yet suffering seems to be the glue that puts it back together again. I find most people want to do good but they don't know what to do, there is no one to lead them. It has been my observation that when people observe some one or something good happening, they simply want to be a part of it. Suffering brings either the best or the worst out in a person.They say you can learn more about the character of a man in 5 minutes of stress than you can in 5 years of good times.

Our country, our community, and yes our Church are going through some very stressful times. It is in these moments that heroes are made or dictators resurrect.


A democracy is always temporary in nature; it simply cannot exist as a permanent form of government. A democracy will continue to exist up until the time that voters discover that they can vote themselves generous gifts from the public treasury. From that moment on, the majority always votes for the candidates who promise the most benefits from the public treasury, with the result that every democracy will finally collapse due to loose fiscal policy, which is always followed by a dictatorship. The average age of the world's greatest civilizations from the beginning of history has been about 200 years. During those 200 years, these nations always progressed through the following sequence:

In my world I see us on the brink of moving back into bondage, the last rung of the ladder. It is sad that we are in the end of a great era, but I am hopeful for the future because as history unfolds her wings we are on the dawn of a new outpouring of spiritual faith, The stuff that greatness is made from.


I want to talk about two men that met me today at the soup kitchen. They are very busy men running a large organization, they have families and responsibilities and yet they came down today because they have a deep desire to serve. They want their organization to revive their spirit of service.

They see that in order to grow we must inspire, we must serve. Selfishness, and entitlement is a failed experiment. It has been said by the greatest teacher that " The greatest among us will serve the rest"

and in the words of a dead president, "let us not ask what our country ( community, organization, or church) can do for us, rather ask what we can do for our country."


Real Leaders, Servant leaders right now are more precious than gold, harder to find than diamonds. As we look next week to another election day and are discouraged by the choices that are again presented to us. Do not be discouraged for in the words of Mother Teresa, "we are not called to success, but rather faithfulness"


If I may be so bold in adding a thought to Mother Teresa's quote, I believe it is in faithfulness that make us a success.


Mother Teresa said something else which if every man, woman, and child, followed, the world would be plunged into a utopia. She said, "don't wait for someone else to do something great, do it yourself!"