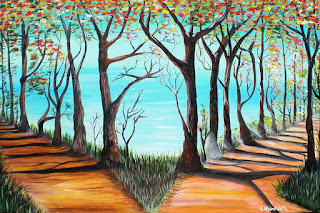 She was a blonde, and from a distance a very attractive one at that, but as you got closer the tell tail signs of years of alcohol and drug abuse, cigarettes and poor eating were advertised in the lines of her face.
" They pushed a needle into her heart to try to save her"
someone told me, assuming a shot of nor epinephrine to revive her, but she was too far gone.

That is the first thing I saw after taking a month or so sabbatical from the soup kitchen. I stood there and all I could think of is " what a waste".
How can anybody just throw their life away like that?
As I stood in silence for a moment my mind reflected on something it completely blocked out from 3 years prior. It was a rainy day and Johnny was slouched over at the table with his half eaten breakfast on his lap. I usually dont let clients in that are drunk or high but this guy was always high so I went over just to make sure he was alright.
" Someone is going to kill me"
is what he said as I woke him out of his stupor
. Johnny I said, every week you have a new story why would anyone want to kill you?
He told me some half baked story that really made no sense to me. I never am comfortable trying to talk to someone when they are in that condition yet alone when they try to grab my arm in desperation. I usually try to give some words of advise but I really did not think he would ever even remember having this conversation with me and so I moved on to more pressing issues.

The following week I came in and I was told that Johnny was murdered. I felt a little numb, a little angry, and very very helpless. I thought what a waste that this 30 something very good looking intelligent white male with a 4 year degree was a little more than a report in some police file with a tag on his toe in the county morgue.

I thought to myself it is a shame that these types of people end up this way.
But who are "these types of people?"
Were they also not conceived with the same breath of God that I was?
Were they not offered choices to do good or evil as I was?
There are some moments in everyones life when you stand over a great canyon and just yell at God
" WHY?"
I have seen people like this too many times live a life of hell and simply die a meaningless death. But I was also reminded of those that were brought into the world with less and died a very noble death after living a life of very difficult choices. In my minds eye I heard a conversation going on that sounded like this.

Life is a test.
It tests everyone from the greatest to the smallest and no one escapes it.
Every little circumstance, every conversation, and every small event presents a choice that we must make.
" How will I respond"?
That choice, and every choice we make in life from choosing what kind of dog food to buy to how will I respond to my crying child puts us on a path.
Every man, woman, and child, chooses the path they are on and that path ultimately leads them to a destination. Free will in many ways for me is as difficult to understand as the mysteries of the universe.
Life is not just some random set of events, each of us live life as if on a stage, the difference is that we can choose our character. That choice puts us on a path and that path leads to a destination. Villain or hero, sinner or saint and yet even these black and white titles may not be that crystal clear.
We often judge by what we see from the outside but the greatest adventures we live and the greatest battles we fight are always within the human heart which judgement thank God is in the end,
left to a merciful God.
Publicado por Dr Kevin Kulik en 15.8.15